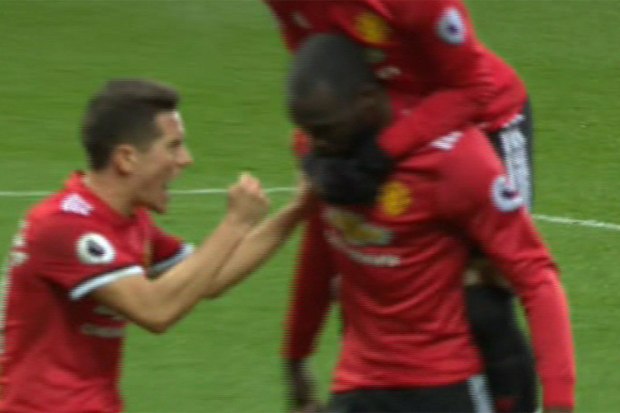 And Jose Mourinho has suggested the hitman failed to mark the goal because of the time he spent on loan at the Hawthorns from Chelsea.

Lukaku put United ahead against West Brom today when he nodded past Ben Foster in the 23rd minute.

But, just as when he scored for the Red Devils against Bournemouth in midweek, the Belgian did not celebrate the goal.

Lukaku’s decision to remain po-faced when his team-mates surrounded him drew some criticism from fans and pundits alike.

It has been suggested that the striker is unhappy with recent criticism put to him about his scoring drought.

But Mourinho has offered an explanation as to why the former West Brom loanee might not have wanted to celebrate.

“I didn’t celebrate too,” said the United boss.

“Nobody was happier than me.

“Fifteen years ago I look at myself celebrating goals. With maturity you go into levels that you control your emotions better.

United supporters will be hoping Lukaku gets his name on the scoresheet when Mourinho’s men face Bristol City in the Carabao Cup on Wednesday night.

Next up for United in the Premier League is a trip to the King Power Stadium to face Claude Puel’s Leicester on Saturday.

As for West Brom, Alan Pardew admitted he got his team selection wrong, saying he should have freshened it up after the midweek draw at Liverpool.

“The team I picked in hindsight was not the right team,” he said. “I should have picked some fresh legs in there. I should have maybe made two or three changes.

“We just had a lack of energy and I have to take some blame for that.”