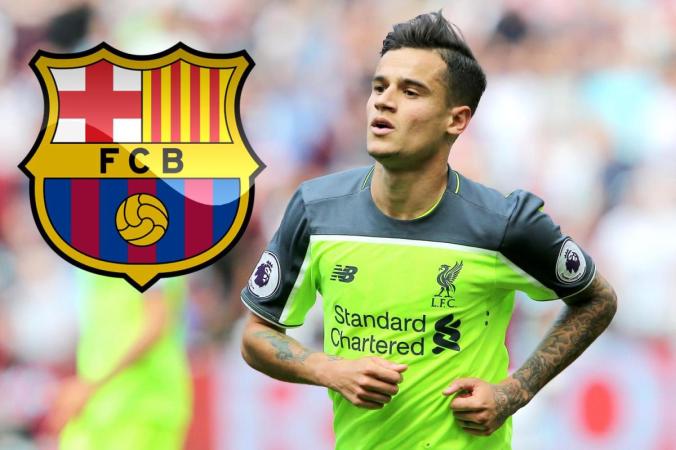 BARCELONA have reportedly been told to pay £127million for Liverpool star Philippe Coutinho – but negotiations are still ongoing.

Liverpool star Philippe Coutinho wants to join Barcelona and the Catalan club have continued their pursuit since the summer.

Liverpool issued a statement in August insisting the Brazilian will not be sold.
But five months down the line and Barcelona are supposedly closing in on their top transfer target.

That is according to Catalonia-based newspaper Mundo Deportivo, who claim a rough transfer fee is being discussed.

The newspaper claims a top Barcelona source has told them Liverpool want £127m (€145m) for the 25-year-old.

However, Barca are keen to drive down that figure.

Mundo Deportivo report that discussions are ongoing over a January deal and Barca’s main objective is to work out the instalment and bonus plan to pay off Coutinho’s transfer fee.

The Nou Camp club are already safely through to the Champions League knockout stages and are eight points clear of rivals Real Madrid in the La Liga title race.

Coutinho would even be ineligible to play for them in Europe, as he has already appeared for Liverpool.

But Barca seem unperturbed by that restriction and want the Coutinho deal wrapped up by February.

Coutinho asked for a transfer in the summer and is still reportedly keen on the move to Spain.

But shock claims in Catalonia suggest all is not well in the Barca dressing room.

Diario Gol claim some of the players, including centre-back Gerard Pique, are not happy with the relentless pursuit of the player.

That’s because they believe Coutinho will be automatically handed a superior contract to themselves – something that has irked a number of the squad.