Sen. Bob Corker, R-Tenn., the only Republican to vote against the Senate’s version of the GOP tax bill, announced Friday that he has changed his mind and will vote yes. 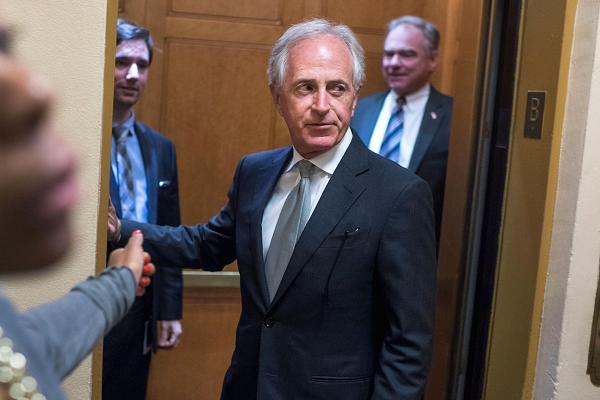 “After many conversations over the past several days with individuals from both sides of the aisle across Tennessee and around the country—including business owners, farmers, chambers of commerce and economic development leaders—I have decided to support the tax reform package we will vote on next week,” Corker said in a statement Friday afternoon.

“This bill is far from perfect,” he said, “but after great thought and consideration, I believe that this once-in-a-generation opportunity to make U.S. businesses domestically more productive and internationally more competitive is one we should not miss.”

With Corker’s support, the tax reform bill has crossed what many viewed as a final hurdle, virtually assuring that the legislation will eventually become law.

Corker’s announcement came less than an hour after Sen. Marco Rubio said he would support the bill as well, after the GOP made changes to win his vote. The Florida Republican’s backing also gave a major boost to the GOP’s chances of approving the plan next week.

After arriving at his final decision, Corker phoned President Donald Trump, the White House said, adding that the president “greatly appreciated” the senator’s support. Corker is one of Trump’s most vocal critics in the Senate, and it was unclear if the president and Corker had actually spoken.

On Friday, Rep. Kristi Noem, R-S.D., told reporters that the GOP would increase the refundable part of the proposed $2,000 credit to $1,400 from $1,100. Doing so effectively expands it to more families.

On Thursday, Rubio said, “I won’t support the bill” unless GOP leaders expand the child tax credit, increasing the portion of the credit that is refundable. Sen. Mike Lee, R-Utah, who has not yet committed to supporting the bill, also sought more tax relief for working families.