For the White House today was supposed to be about taxes. By midday, what would be a huge victory for President Donald Trump was overshadowed by two words.

Former national security adviser Michael Flynn’s guilty plea to lying to the FBI reverberated on a frantic news day. He is the fourth former Trump adviser to face criminal charges in special counsel Robert Mueller’s Russia investigation. In doing so, Flynn — a loyal Trump aide who served as a top aide during his presidential campaign, transition and the very first weeks of his presidency — said he would be working with special counsel Robert Mueller’s investigation.

And the news, all of it, caught the White House fairly flat-footed, POLITICO’s Andrew Restuccia, Annie Karni and Nancy Cook report. There are various interpretations about what it might mean, but there was at least some sense that the White House was spooked. 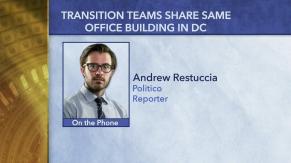 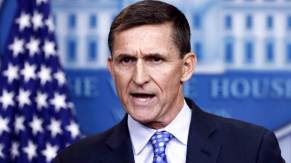 “One person close to the White House described the mood this way: ‘What they’re freaked out about is that there are no leaks. Papadopoulos didn’t leak. Flynn didn’t leak. They feel like they can’t trust anyone. Their own counsel didn’t know.’”

Republicans looked set to vote on a sweeping tax overhaul that was revised up until hours before the vote after winning over a number of holdouts, POLITICO’s Seung Min Kim, Brian Faler and Colin Wilhelm report.

POLITICO. You can unsubscribe at any time.
Mitch McConnell declared earlier in the day that Republicans had the votes. It is a potentially huge legislative victory for a president who has made tax legislation his top priority.

If only it were the only thing the White House had to consider.

GOING WITH JARED?: The Washington Post reports that Jared Kushner is the “very senior official” who directed Michael Flynn to speak with the Russian ambassador during the transition.

NO REXIT: President Trump said Secretary of State Rex Tillerson would not be leaving — a day after a series of leaks about him being replaced.

Former Trump national security adviser Michael Flynn is pictured. | Getty Images
Flynn pleads guilty to lying to the FBI
By JOSH GERSTEIN, MATTHEW NUSSBAUM and THEODORIC MEYER
TEL NO MORE: President Trump plans to declare Jerusalem as the capital of Israel — though the U.S.’s embassy will remain in Tel Aviv.

CHRISTMAS GIFTS: Just after he ripped “fake news” President Trump greeted reporters at the White House’s media Christmas party as “my friends in the media.”

There you have it. You’re caught up on the Trump administration. That was one heck of a Friday.