Bitcoin is the fastest-growing asset in the world this year, but the virtual currency does not appear to have many users in London’s tech district. It has been more than a month since bitcoin was used to buy a flat white or craft beer sold at the Old Shoreditch Station, according to the hospitality manager at the east London bar.
Louis Chauvin admits he cannot find the iPad that is used by staff for processing bitcoin payments, as he resumes serving customers queueing to pay with their contactless bank cards. Although the establishment sits in the capital’s buzzing tech hub, and is advertised online as one of the few retailers in London accepting the hipster-cum-computer nerds’ currency, as few as 20 people have asked to pay with it in the two years he has worked there.
Over the same period, the value of a single bitcoin has rocketed from around $300 to more than $11,000 this week. On Friday, the currency was trading at $10,700.
Chauvin says bitcoin’s increasing value – and media coverage – has not escaped customers. More people have come in asking how it works, thinking of using it in their own shop, rather than actually paying with it, he says, adding: “It’s cool, it attracts some people. But for now it’s niche.”

Bitcoin is a digital currency, also known as a cryptocurrency, that emerged after the financial crisis and is not underpinned by a central bank. It allows people to bypass banks and traditional payment methods for goods and services – an idea that has evidently caught the imagination of some investors, because its price has surged by more than 900% in 2017. Bitcoin – created by “miners” who use high-powered computers to solve complex mathematical problems – must be stored online using a digital wallet, and can be bought or sold using exchanges such as Bitstamp, Bithumb and Kraken.

But as bitcoin hits the stratosphere, there are fears an economic bubble is forming as it becomes treated less like a currency and more like a store of value, open for speculators making ever increasing bets on how far it can rise. Central bankers, who had to step in when the subprime mortgage bubble burst, have also warned of its dangers.
Economists have compared bitcoin’s meteoric rise with past bubbles, such as the tulip mania of the 17th century and the dotcom bubble that began in the late 90s with the Nasdaq index in New York and burst in 2000. Both examples foreshadow a painful collapse for a currency that has no intrinsic value to those who hold it beyond that ascribed to it by a community of owners. Should they realise the emperor has no clothes en masse, there could be a rude awakening.
Oliver White at Fathom Financial Consulting wrote that bitcoin “certainly fits the criterion” for a bubble asset. Using data stretching back to 2013, Fathom’s economists compared the price of bitcoin with its historical average and plotted that against other mainstream assets – such as shares and bonds. They found the current value of bitcoin running at six times its average price since 2013. The cryptocurrency has yo-yoed with extreme volatility over the period – over the past week, the price has leapt to as high as $11,379 and plunged to $9,146 before rebounding to $10,700.

Bitcoin disciples argue its price will rise further, viewing volatility as a necessary bump on the path to even higher valuations. Fans even coined a term to describe their tactic of holding on for dear life – Hodl. A deliberate mistyped neologism – up there with noob, to mean newbie – adding to the pantheon of computer slang.
There are some rational reasons to keep calm and carrying on hodling. Serious investors are just getting interested in a market that has so far been dominated by crypto nerds and retail investors. The Chicago Mercantile Exchange (CME) is introducing bitcoin derivatives – a form of bet on the future value of the currency – which will let hedge funds into the market before Christmas. 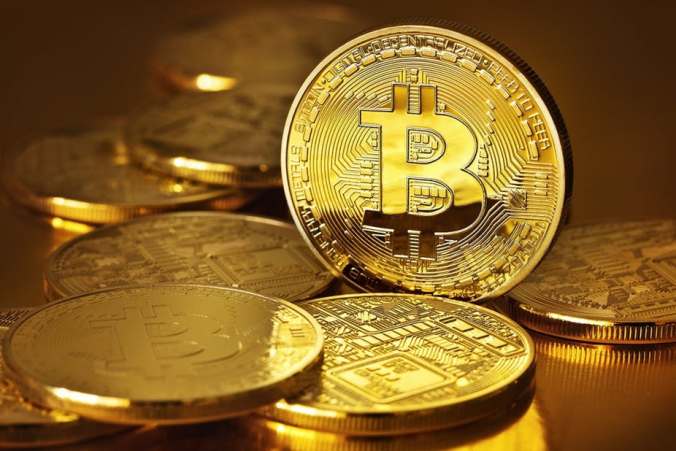 Commentators also point out that tech stocks in the dotcom crash were worth $2.9tn before collapsing in 2000, whereas the market cap of bitcoin currently stands at $170bn, which could signal there is more room for the bubble to grow. The libertarian dream of bitcoin’s creators is of a currency existing outside the traditional world of finance. But the bigger bitcoin grows and the more conventional institutions such as the CME get involved, the more chance there is of investors losing money and for regulators to intervene.

Global financial leaders such as JPMorgan boss Jamie Dimon and Goldman Sachs’s Lloyd Blankfein have warned that the currency is ripe for use by fraudsters.
Ajit Tripathi of accountancy firm PwC says bitcoin’s meteoric rise and its creation myth have attracted more buyers. The currency is said to have been created by a mysterious figure called Satoshi Nakamoto, although there is no proof this is actually a real person. The absence of any government or bank standing behind the currency also fuels its appeal to those unhappy with the financial system after the credit crunch.
“Bubbles are driven by sentiment and stories, and bitcoin has a great story with a lot of mystery and spectacle to it,” Tripathi says. “Is bitcoin at $40,000 by the middle of next year unthinkable? It’s not – but is there a logical and rational explanation for why it should be, I don’t think so.”

Back in east London at the Old Street roundabout, known as “Silicon Roundabout” for its proximity to so many tech startups, Ben Page-Phillips says he fears a collapse in bitcoin’s value. He also accepts the currency at the independent cafe he runs with his brother, Nincomsoup, which they first opened together just before the dotcom crash 18 years ago

.
The restaurant is not exposed to a bitcoin bubble because customers pay via an app that takes on the risk by instantly converting bitcoin payments into pounds on behalf of the shop. But he likes the lower cost it brings to processing sales, unlike the “crazy fees” charged by credit card companies.
“I love that it’s outside the banking system, but I have concerns,” he says. “You see everyone piling in and the concern is that it’s going to be artificially inflated. I would treat it like a game – it’s shot up so much, and what goes up must come down.”