The UK’s banks could cope if Britain leaves the European Union in a “disorderly Brexit” in 2019, the Bank of England has said.

For the first time since the financial crisis, all of the UK’s biggest lenders have passed the Bank’s stress tests.
The tests of adverse economic scenarios discover if the banks could continue to lend money to support the UK economy.

Bank governor Mark Carney said they would be able to, even in “the unlikely event” of no deal when Brexit happens.
Mr Carney said that all parties were working to avoid the situation, but warned that if the UK did leave in a “sharp, disorderly” way there would be some economic “pain” for households and businesses.

The worst case scenario the Bank imagined in the stress tests included a 33% fall in house prices, a rise in interest rates from 0.5% to 4% within two years, and the unemployment rate rising to 9.5% from its current rate of 4.3%.

The tests flagged up other Brexit concerns.
Six million UK customers buy insurance policies from EU companies and, after Brexit, those firms would not have permission to collect premiums or pay claims.
The same is true of the financial insurance that banks buy and sell to each other. Here the numbers are staggering – the notional value of those contracts are £26 trillion.

Without legislation from both the EU and the UK they may be hard to enforce and that would create financial instability.

The Bank of England offered a checklist of items to mitigate the impact of Brexit which included:

Michael Snapes, financial services director at PwC, said: “There is some comfort to be had in the knowledge that the UK banking system is strong enough to withstand a severe economic deterioration.

“The results suggest that the major UK banks may finally be emerging fully from their post-crisis downturn.” 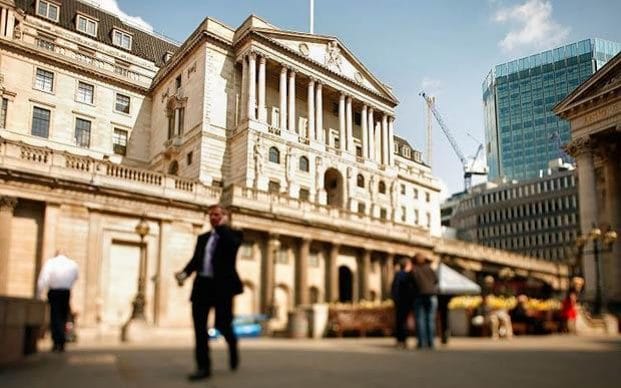 The Bank’s Financial Policy Committee (FPC) also said it was increasing the amount that banks had to hold in reserve in case of an economic downturn.
Mr Carney said the growth of consumer credit in the UK had created “pockets of risk”.

He said that domestic financial risks and the potential for new global economic issues meant banks should be prepared for further losses.
Mr Carney said the FPC was “taking action to ensure the financial system is resilient to a very broad range of risks”.

Both Barclays and RBS, who did not pass the stress tests in a snapshot of their businesses at the end of 2016, had improved their financial positions since then, said the Bank.
As a result, both were deemed to have passed the stress tests overall.

Lloyds, HSBC, Santander, Nationwide and Standard Chartered were the other lenders who took part.

Looking at this year’s results, RBS’s chief financial officer, Ewen Stevenson, said: “We continue to make progress towards the stress-resilient bank we aspire to be and 2017 represented another year of material improvement.

“Until we have resolved our remaining major legacy conduct issues and non-core portfolio interests, we will continue to show stress test results weaker than our long term targets.”

In a statement, Barclays said: “Barclays was not asked to submit a revised capital plan by the Bank of England in light of the steps already taken during 2017.”