In a presentation given during a meeting of the Society for Neuroscience in Washington, DC, two groups of researchers funded by the Defence Advanced Research Project Agency (DARPA) had laid out their work on a new approach to deep-brain stimulation (DBS) tailored specifically for people with mental illness.

While DBS had proved to be largely ineffective in treating depression and related medical conditions, researchers claim the new method is different.

To develop their ‘closed-loop’ implant, both teams sought out willing participants with epilepsy who have electrodes implanted in their brains to track seizures. 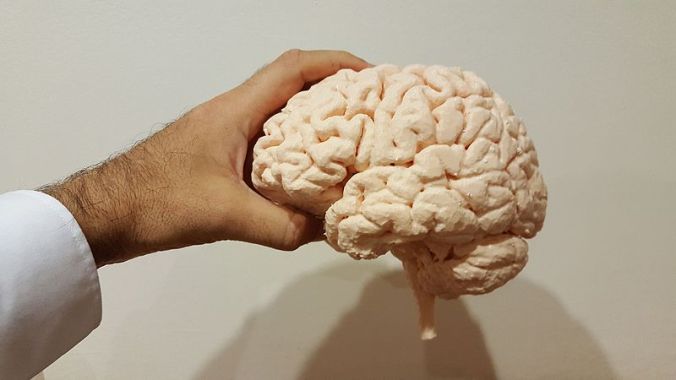 Closed-loop implants, based on algorithms which monitor specific, mental-illness-related patterns in real time, could do much better than the less successful deep-brain stimulation technique which preceded them. Image credit: Nevit via Wikimedia.org, CC BY-SA 3.0.

During the meeting, electrical engineer Omid Sani of the University of Southern California in Los Angeles had demonstrated the first map of how mood is encoded in the brain over time, obtained by deploying an algorithm to glean the changing moods of an individual based on records of neural activity.

The researchers chose to focus more on general behaviours evident across a variety of mental conditions, rather than on specific illnesses.

This had allowed them to develop algorithms designed to stimulate the brain when a person becomes distracted or forgetful while working on a task. According to the researchers, this has proven quite effective, and was even tested on people, although information on that was withheld due to its preliminary nature.

A key reason behind the success is that unlike previous DBS techniques, ‘closed-loop’ implants deliver mild electrical shocks based on physiological signals, rather than a doctor’s judgement.

Two potential ethical problems with the new technique, expressed by Wayne Goodman, a psychiatrist at the Baylor College of Medicine in Houston, Texas, who plans to launch a small closed-loop stimulation trial himself, is over-correction of emotions and a potential breach of privacy.

Future ethical quandaries aside, one of the project leaders Edward Chang from the University of California, San Diego is enthusiastic: “The exciting thing about these technologies is that for the first time we’re going to have a window on the brain where we know what’s happening in the brain when someone relapses”.