The blast in Ningbo knocked down buildings and left streets littered with damaged cars and debris, the government and news reports said. 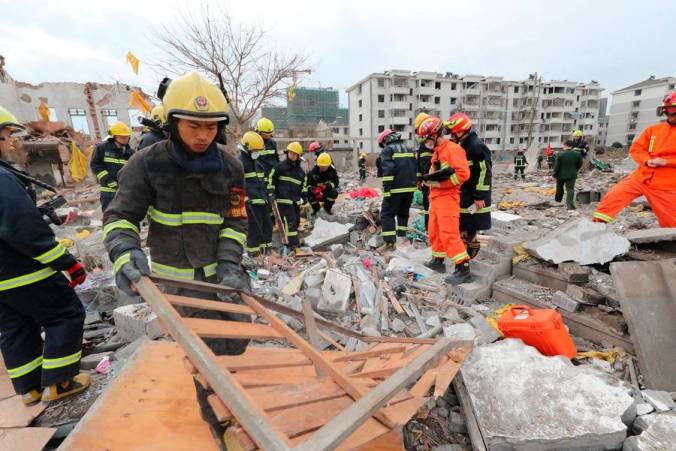 Xinhua said it occurred at a factory but a police statement said the cause was under investigation. 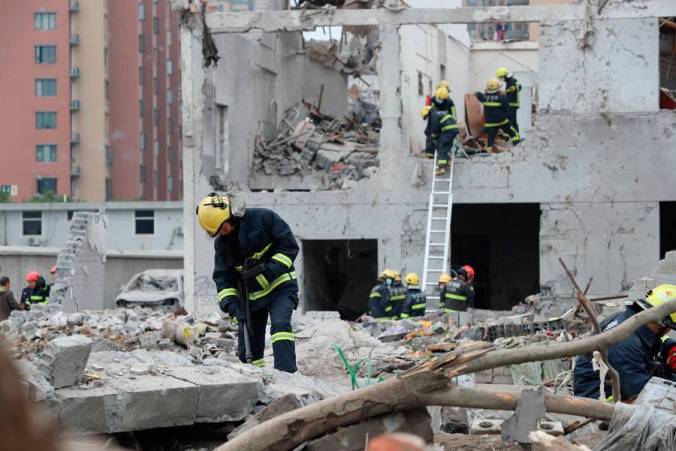 At least 30 others were taken to hospitals, according to Huanqiu.com, a website operated by the newspaper Global Times. 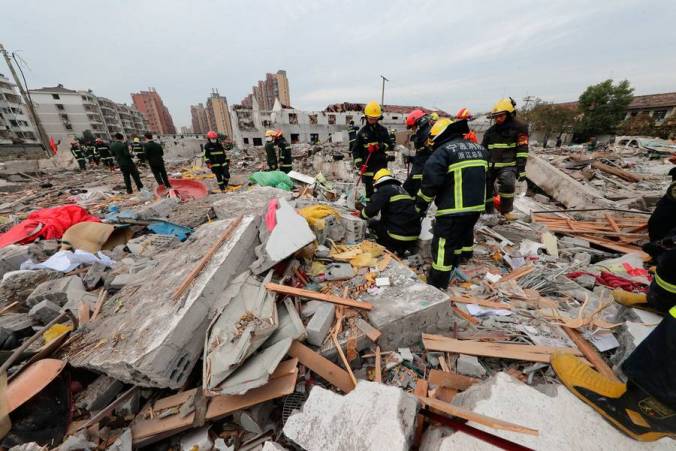 Sunday’s blast knocked down residential buildings but they were vacant and in the process of being demolished, Huanqiu.com said.

It added there might have been people in the area collecting scrap for recycling.

Bystanders said the explosion might have been caused by a gas pipeline that was damaged during demolition work, but the Ningbo gas company said it had no lines in the area, the newspaper China Youth Daily reported on its website. 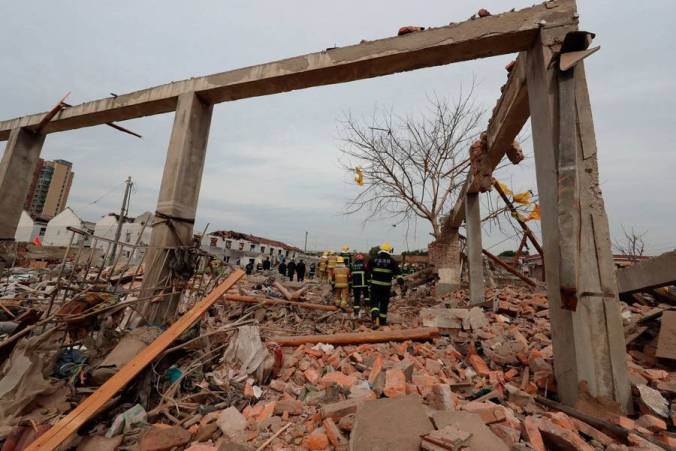 Photos on News.163.com showed an injured woman being carried away on a man’s back and what appeared to be the body of man lying in the debris of a wrecked building. 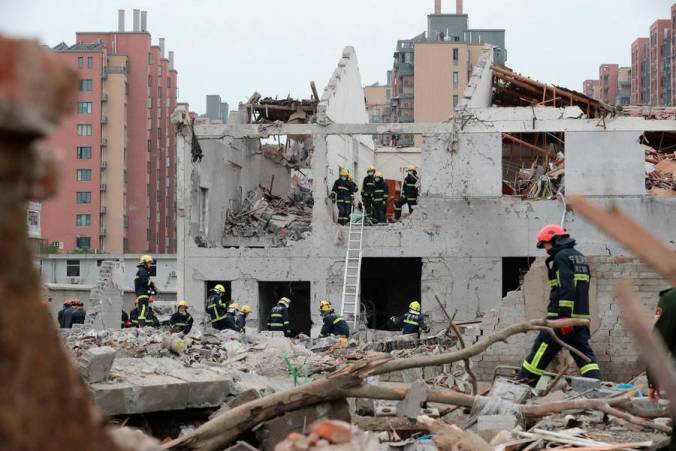 Video clips on multiple websites showed a white cloud of smoke rising above the explosion site and rolling across nearby buildings.